What is happening to social media marketing?

What is happening to social media marketing?

In this article we lift the lid on the future of social media marketing and how to boost your brand using social media. 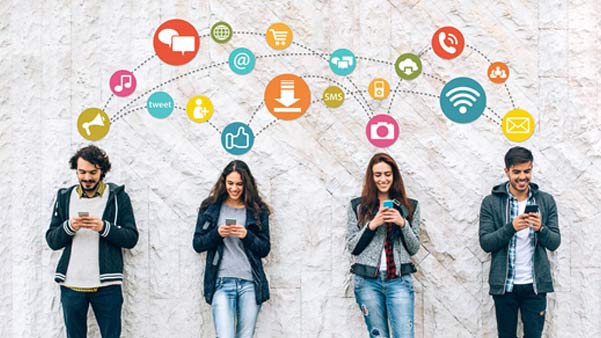 So how exactly did Facebook and other social media networks become such powerful brands? The answer lies in the fact that these networks offered the world something that filled a very basic human need – the need for humans to connect with one another.

Clearly then, owing to the sheer number of potential customers it is possible to reach via the social networks, social media marketing has to be a crucial component in any brand’s digital marketing strategy. For example, according to Hubspot, a developer and marketer of software products for inbound marketing and sales, social media already produces almost double the marketing leads of traditional outbound methods.

But with the western world fast approaching the point of social media saturation – even in New Zealand, 2.3 million Kiwis access Facebook every day! – and with so many people on the planet connected via one or other social network, what are the implications of this massive take-up for social media marketing?

Achieving success in social media marketing does not simply mean you create a social media page and merely post updates. Remember, social media is all about creating human ‘connections’ – and human connections are always about two-way conversations.

So, for any business to succeed with its social media marketing as we head closer to the point of global social media saturation, it will need to focus increasingly on improving the quality of its connections with its audience.

In other words, the days of simply engaging with your audience as faceless buyers are fast running out. Now already, you need to connect, interact and engage with them as real people by educating and personalizing their online experience. After all, isn’t that what real two-way conversation is all about? So, the secret to future success will lie in making your brand even more personable to your online audience.

Social media marketing and the benefits of a two-way conversation

For example, when posting on your social media page, you’ll focus most of your posts (80%) on adding value for your audience (by educating, helping, informing and entertaining them) and focusing far fewer of your posts (20%) on promoting your actual product, service or other business-specific matters. This way your social media marketing will help you connect on a far more human level with your customers, and doing so will pay dividends for you in the long run.

3 ways to make your brand more personable on social media

Don’t miss opportunities to join the conversations that are going on – such as people liking your posts, asking questions and leaving comments – make sure you respond quickly to comments and answer questions. This is how you build a two-way conversation and develop a relationship with your customers or prospects that will have legs for the long term.

If you’ve got the time to commit to it, set up a Facebook group to which you invite the more engaged members of your social media audience with the aim of building a community of like-minded individuals. Such a group will not be about posting business-promotional material – instead, it’s more about opening that two-way conversation in a meaningful and a value-adding way. Members of the group will talk wider and more and more people will want to join and share – if you’re providing value-adding content.

Remember, social media is all about connecting as real people, and real people have a personality – and a face! So share your personality and your face with your audience. One of the best ways to do so on social media is through video, especially doing so in real-time by, for example, using Facebook Live. There’s really nothing more personable than being able to interact in real-time with your audience, respond to their comments and answer their questions – and when people see the face and hear the voice behind your brand, their level of trust in you as a business automatically increases.

How are you doing at building meaningful two-way conversations on social media?

Social media has drastically changed the marketing game for businesses. And now with the race in social media for audience size reaching its climax, all social media marketing efforts will have to focus increasingly on ensuring high-quality two-way conversations in order to achieve success. Ensuring that your customers feel valued will help your business stay two steps ahead of your competitors in our fast-changing social media world.